A candidate must be either

Provided that a candidate belonging to categories (b), (c), (d) and (e) shall be a person in whose favour a certificate of eligibility has been issued by the Government of India.

Note: Male divorcee/widower candidates can not be treated as unmarried male for the purpose of their admission in IMA/INA/AFA courses and accordingly they are not eligible for these courses.

Note: Those candidates who are studying in the final years Degree course and have yet to pass the final year Degree examination are also eligible to apply.

Candidates must be physically fit according to physical standards for admission to Combined Defence Services Examination.

Written Exam consists of Objective Type questions and time duration 02 hrs and maximum marks is 100 for each subject.

For the candidates who are appearing for Indian Military Academy, Naval Academy, Air force Academy written test comprising of English, General Knowledge and Elementary mathematics subjects and for candidates who are appearing for officers training academy the written test comprising of English and General Knowledge.

Candidates who are declared successful in the written exam will be detailed for intelligence and personality test at the Service Selection Board based on their preference, by the respective service HQ.

(B) For Admission to Officers’ Training Academy:

The papers in all the subjects will consists of objective type questions only. The question papers of General Knowledge and Elementary Mathematics will be set bilingually in Hindi as well as English.

In the question papers, wherever necessary, questions involving the metric system of Weighs and Measures only will be set.

The candidates who are selected in written test are called for interview. The SSB procedure consists of two stage selection process-Stage I and Stage II. Only those candidates who clear the stage I are permitted to appear for Stage II.

Stage I comprises of Officers Intelligence Rating (OIR) tests are Picture Perception Description Test (PP&DT). The candidates will be shortlisted based on the combination of performance in OIR Test and PP&DT.

Stage II comprises of Interview, Group Testing Officers Tasks, Psychology Tests and the conference. These tests are conducted over 4 days.

The personality of a candidate is assessed by three different assessors viz. the interviewing Officer (IO), Group Testing Officer (GTO) and the Psychologist. There are no separate weightage for each test. The marks are allotted by assessors only after taking into consideration the performance of the candidate holistically in all the test.

The question paper will be designed to test the candidates’ understanding of English and workmanlike use of words.

General Knowledge including knowledge of current events and of such matters of everyday observation and experience in their scientific aspects as may be expected of an educated person who has not made a special study of any scientific subject. The Paper will also include questions on History of India and Geography of nature which Candidate should be able to answer without special study.

Division algorithm. Prime and composite numbers. Tests of divisibility by 2, 3,4,5,9 and 11. Multiples and factors. Factorization Theorem. H.C.F. and L.C.M. Euclidean algorithm, Logarithms to base 10, laws of logarithms, use of logarithmic tables.

Use of trigonometric tables. Simple cases of heights and distances.

Lines and angles, Plane and plane figures, Theorems on (i) Properties of angles at a Point, (ii) Parallel lines, (iii) Sides and angles of a triangle, (iv) Congruency of triangles, (v) Similar triangles, (vi) Concurrence of medians and altitudes, (vii) Properties of angles, sides and diagonals of a parallelogram, rectangle and square (viii) Circles and its properties including tangents and normal, (ix) Loci.

Hope you liked this article. For more articles like this, keep visiting Mentor Way.

Find the Perfect Stop for a Sweet Treat: Bakery Shop in Gurgaon

Wooden Bed Designs That Perfectly Blend in With The Room Aesthetic! 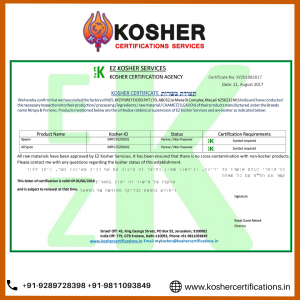 Important Documentation to Get Kosher Certificate in India