Decision Tables: Decision tables are powerful tools for expressing complex logical relationships in an understandable manner. They are used to define clearly & concisely the decision statement of a problem in a tabular form. A decision table is a table of conditions for defining a problem & the actions to be taken.

The quadrants are usually separated by double lines

The right hand of upper portion called condition entry deals with the truth value of a condition. If the condition is true then mark Y against it otherwise N.

The left-hand side of the lower portion of the decision table is called action stub & this portion enlists all the possible actions.

The right-hand side of the lower portion is called Action Entry. If an action is to be taken depending upon the upper portion of the table then a mark (Y) or a (X) is written in the appropriate column otherwise it is left blank. 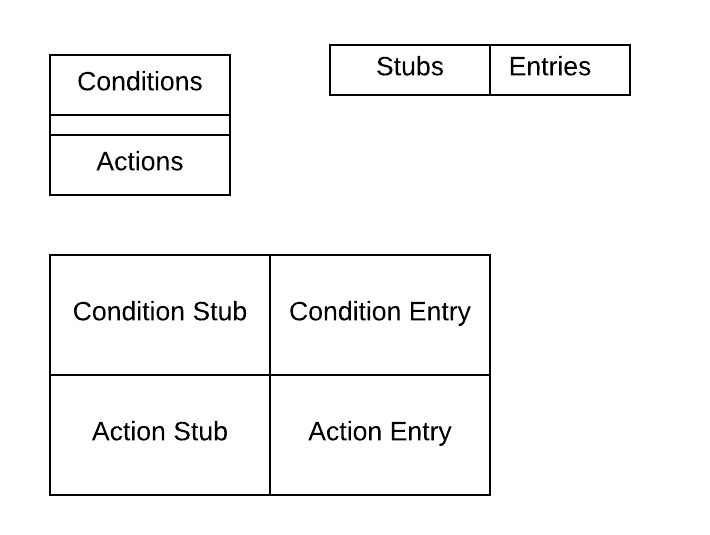 If the stub portion completely defines the condition (or action), it is called a limited entry table.

If the stub portion does not completely express the condition (or action) then it is called an extended entry table.

Develop a decision table to print the greatest of the three unequal positive numbers. 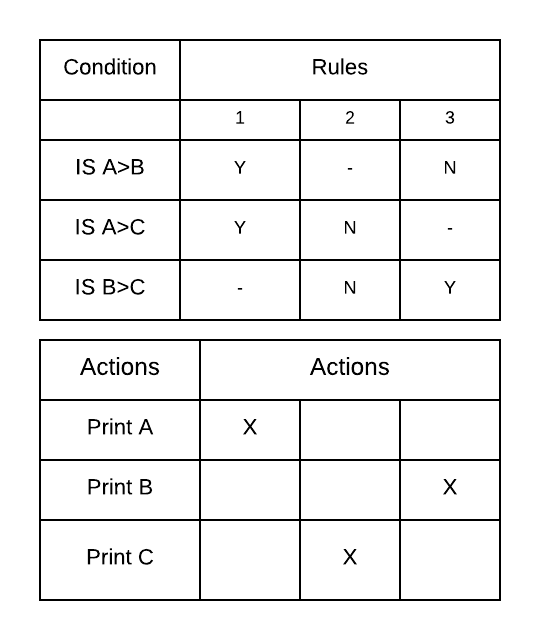 There are 3 conditions & thus 2    = 8 possible rules. Out of 8 rules, two rules are logically impossible. The other rules take care of all possibilities. A don’t care entry (-) corresponds to both true & false condition.

Rules Should be followed in Constructing Decision Table

Hope you liked this Article. Keep Visiting Mentor Way for more Articles like this. 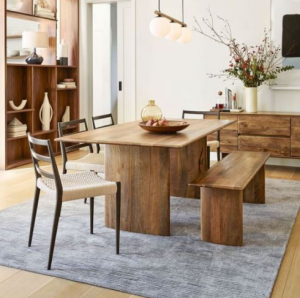 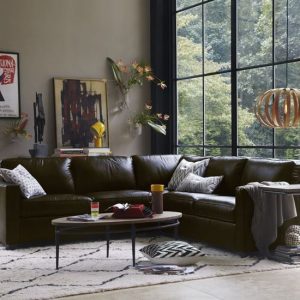