Question 1.
The Indian Rhinoceros :
Where are they ? Do they have a future ? We are very materialistic and are often lured into buying and using clothes and articles made from animal parts. Here’s a shopping list that is most shameful….
” alt=”” aria-hidden=”true” />

The list seems endless, doesn’t it ? Are these things not shameful enough to set us pondering deeply over the harm that we are inflicting on nature’s creations ?


Today, about 3,000 Indian Rhinos live in the wild, 1,800 of which are found in India’s Assam alone. In 2008, more than 400 Indian Rhinos were sighted in Nepal’s Chitwan National Park. In size it is equal to that of the White Rhino in Africa; together they are the largest of all rhino species. The Great One-Horned Rhinoceros has a single horn; this is present in both males and females, but not on newborn young. In most adults, the horn reaches a length of about 25 centimetres, but has been recorded up to 57. 2 centimetres in length. The nasal horn curves backwards from the nose. The horn is naturally black.

This prehistoric-looking rhinoceros has thick, silver-brown skin which becomes pinkish near the large skin folds that cover its body. The Male develops thick neckfolds. It has very little body hair aside from eyelashes, ear-fringes and tail-brush. These rhinos live in tall grasslands and riverine forests, but due to habitat loss they have been forced into more cultivated land. They are mostly solitary creatures, with the exception of mothers and calves and breeding pairs, although they sometimes congregate at bathing areas.
” alt=”” aria-hidden=”true” />
The Indian Rhinoceros makes a wide variety of vocalizations. At least ten distinct vocalizations have been identified: snorting, honking, bleating, roaring, squeakpanting, moo-grunting, shrieking, groaning, rumbling and humphing. In addition to noises, the rhino uses olfactory communication.


In aggregations, Indian Rhinos are often friendly.They will often greet each other by waving or bobbing their heads, mounting flanks, nuzzling noses, or licking. Rhinos will playfully spar, run around, and play with twigs in their mouth. Adult males are the primary instigators in fights. Fights between dominant males are the most common cause of rhino mortality. Indian rhinos have few natural enemies, except for tigers. Tigers sometimes kill unguarded calves, but adult rhinos are less vulnerable due to their size. Humans are the only other animal threat, hunting the rhinoceros primarily for sport or for the use of its horn. Indian Rhinos have been somewhat tamed and trained in circuses, but they remain dangerous and unpredictable animals.

In the nineteenth and early twentieth century, the Indian Rhinoceros was hunted relentlessly. Reports from the middle of the nineteenth century claim that some military officers in Assam individually shot more than 200 rhinos. In the early 1900s,  officials became concerned at the rhinos’ plummeting numbers. By 1908 in Kaziranga, one of the rhino’s main ranges, the population had fallen to around 12 individuals. In 1910, all rhino hunting in India became prohibited.

The rhino is a major success of conservation. Only 100 remained in the early 1900s; a century later, their population has increased to about 2500 again, but even so the species is still endangered. The Indian rhino is illegally poached for its horn. Some cultures in East Asia believe that the hair has healing and potency powers and therefore is used for traditional Chinese medicine and other Oriental medicines.

Question 3.
In Units 1 and 2 you learnt and practised the skill of deducing the meanings of new words by using other words in the given context. Now use that skill to deduce the meanings of words in the article you have read. Here is an example.
(a)
They are solitary creatures with the exception of the mothers and calves and breeding pairs, although they sometimes congregate at bathing places.
” alt=”” aria-hidden=”true” />
Deduce the meanings of the following words from the passage you have just read, using other words in the context to help you. Copy and complete the following :
Answer :
” alt=”” aria-hidden=”true” />

Question 5.
Imagine that you are conducting a research on the conservation of a few animal species in India. You have been asked by the Wildlife Trust of India to prepare a report on the future of the YAK that lives in the Ladakh region of the Himalayan Mountains. In groups of four, discuss the issue and make notes for your report. Refer to the article in A.2 and the information in the box given here.
” alt=”” aria-hidden=”true” />

Answer :
Within your group, discuss :

Question 6.
In your discussions in groups, and in your individual written report, you will find the following language
useful :
Answer :
” alt=”” aria-hidden=”true” />

Question 7.
As a Conservationist, write a report to the World Wildlife Federation, based on A.5. Remember ‘CODER’.
” alt=”” aria-hidden=”true” />

Answer :
A.5 to A.7 cover discussing the report before preparing it in writing. Discussion to be undertaken at class level. A.6, A.7 to adopt and use the given language in writing the report
A Report to the World Wildlife Federation based on A.5 :
From : Anil Kumar, Conservationist
Dated : ___________
To : The Chairman World Wildlife Fund Geneva
Subject : Conserving the depleting population of Yak in the Ladakh region of India
Dear Sir,
You recently asked me to submit a report on my study of Yak – in particular, their future. The following are my findings and recommendations :
1. The current problem, as you know, is the diminishing number of Yaks in the Ladakh region of the Himalayan mountains in India. It is sad that yak living a domestic life and  living in the wild is being threatened due to various reasons. In the wild it is hunted for fur, fibre, meat etc.

2. The problem has arisen because of various factors. These are : shrinking natural habitat, poaching, shrinking forestry, increasing reclaiming of forest land for farming,  urbanisation, etc.

3. The effects of the problem are not difficult to imagine. First of all the disturbance in the ecological balance of nature. This ecological system sustains human life. Vanishing wildlife means a threat to the nature that sustains all kind of life.

4. I recommend that various steps should at once be taken like checking poaching, trading in the body parts of yak,increasing natural habitat etc. Strictest actions must be taken  against those indulging in illegal killing of Yak.

5. I strongly recommend that immediate steps should be taken to increase the population of yak both at domestic and domestic levels. At domestic level, public breeding of them  should be counselled about. It must focus on the necessity of having Yaks as the mainstay of life in these regions in providing us the necessities of life.

For increasing their number in the wild, we can make strict laws for poachers. Breeding places should be established where yak siblings can be given birth and released later in the  wild. In view of these facts, I strongly recommend that immediate steps must be taken to conserve the Yak population.
Yours faithfully,
Anil Kumar. 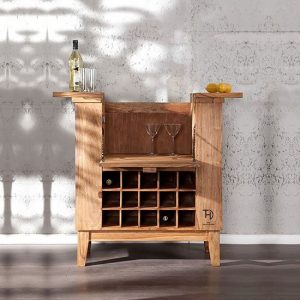